A passionate researcher – and linguist – Antonio tells us in this interview with Christina Kolerus how he manages to balance academic rigor and challenging field experience. He has published in leading academic journals, including the American Economic Review and the Review of Economic Studies , on topics ranging from macroeconomics and development economics to international trade and political economy.

After nine exciting years as mission chief of Slovenia, Italy, Russia, Turkey and Brazil, Antonio is returning to the Research Department.

CHRISTINA: Antonio, you have had a very interesting career at the Fund with incredibly broad research and publications, from the economics of education to populism and, of course, trade. Before hearing more on this, let me ask you, have you always wanted to be an economist?

ANTONIO: Actually, since high school, I have been very interested in linguistics. In my free time I often read books on linguistics, most recently on the theory of syntax – an abstruse but fascinating subject. A few linguists in academia are kind enough to help me when I have a doubt. They call me “a linguist in disguise.”

C: So why did you choose economics after all?

A: Because I thought that if I want to earn a living, I might need to do something else than linguistics. I was also interested in how the world works. Linguistics is a very specific feld, while economics is all-encompassing. Finally, I like math, and economics sounded like a good way to put together my interests with my abilities.

C: Can you tell us about some of your work around trade?

A: My work on trade focused on three topics: first, welfare and growth effects of trading blocs; second, trade implications of the East Asian crisis in the end-90s; and third, the effects of trade on income distribution.

The papers on the first topic were theoretical. In the early 1990s, trade was a very dynamic policy area with the signing of NAFTA, Mercosur, and other trading blocs. The question which intrigued me was how these trading blocs could enhance growth. Was there more learning by doing (and productivity growth) in the country specialized in the most advanced products within a trading bloc? I was unhappy with the responses given by the theoretical models at the time. They seemed to me too dependent on a few “simplifying assumptions.” For policy work it is key to know which theoretical results are robust and which ones depend on ad hoc assumptions.

C: Later on, you became mission chief of very interesting countries, often during difficult times. How has your research influenced your work as mission chief?

A: An economist without country experience is like an engineer who has never seen a bridge or a doctor who never sees a patient. At the Fund we have this big advantage to gather frsthand experience and later to elaborate on this. In academia you might talk about a bridge but you never see one in practice…

C: …or test whether the bridge actually holds…

A: Exactly. As a mission chief, I dealt with several countries at a critical juncture, like the banking crisis in Slovenia, the euro and debt crisis in Italy, a failed coup d’état in Turkey, and historic elections in Brazil. All these different challenges required different approaches and ideas. A research background gives you a broad toolkit that you can offer to the country authorities. Crises are opportunities to learn and to be helpful only if you are willing to discuss new ideas.

C: Can you give us a few examples? For instance, did you have concepts or insights from your research in mind when providing policy recommendations?

A: The most interesting example is Russia during the 2014 crisis. The country faced three different shocks: uncertainty due to geopolitical tensions related to Crimea; the fall in the price of oil; and the sanctions imposed by the international community. It helped to separate these three effects in an analytical framework. Once you have separated them, you are able to study each one in depth, put your analyses together and see what happens in reality.

Let me add that another advantage of having a research background is that I could attract superb economists in all teams; they were dynamic, hard-working, and motivated by intellectual curiosity. This made the “crisis work” always very interesting and (hopefully) useful for the Fund and the authorities.

C: Let me ask a tricky question, and no worries you can brag a bit. Have you ever successfully convinced your counterpart with results from your research?

A: I cannot brag of anything in particular, but I am very proud that I maintained excellent relationships with the authorities of all countries on which I worked. I do exchange ideas regularly with them even after my official country work ended. It is very rewarding that the authorities seek your opinion outside the usual channels and I like to brag about it.

C: Let’s turn this around. How has being a mission chief influenced your research?

A: I can say that almost all my papers started from a policy question.

For instance, the work with Prachi Mishra on the pass-through from exchange rates to domestic wages and the degree of integration between domestic and foreign labor markets started as an internal (quick and dirty) note on Latvia. We found that in the presence of labor market integration, the traditional hypothesis of wage stickiness was not warranted. With some extra work, the paper was published in the American Economic Journal: Macroeconomics.

The work on foreign education is another example. I noticed a big difference in policymaking in many countries where the leadership had studied abroad. So, out of curiosity, I collected data on foreign tertiary education. I found that it made a big difference to the country’s future to which foreign country students went. Countries whose students left for democracies to study became more democratic after about 20 years — when these students with new ideas were in power. I wrote a short piece on this which was accepted in the American Economic Review.

C: Which feld of economics is next on the agenda? Looks like you’ve covered them all.

A: I am interested in political economy, monetary policy, and the effects of uncertainty on the economy.

I feel that we, as economists, do not have all the instruments to understand the new wave of populism. This is the reason why I reached out to a couple of political scientists. Economists often tend to have the naive view that populism is simply a protest movement against an unequal income distribution. The simple logic is that trade and technology create “losers” who are not adequately compensated. However simple this logic, I feel that this is not the complete story. Political scientists look at a variety of other causes, including cultural backlash and the so-called crisis of representation, which suggest that populists give voice to instances previously ignored. If you consider populism as a crisis of representation as opposed to a movement for a different income distribution, new implications and challenges arise. For instance, how could we ft together the demand for more democratic accountability (responsiveness of institutions) and transparency with the tendency of having rules-based independent institutions or agencies (responsibility of institutions). Responsibility versus Responsiveness.

A: I had the pleasure of working for and especially learning from both. I worked much more with Olivier Blanchard and that had the most influence on me. I like his intuitive way of approaching (and solving) problems. He has the gift of making complex problems simple. French Cartesian clarity at its best.

C: After many years here in DC, what is it you’re still missing from your native Italy?

A: I kept very good friends in Italy and we go there with my family every year. With all social media in a globalized world it’s difficult to miss somebody or something. 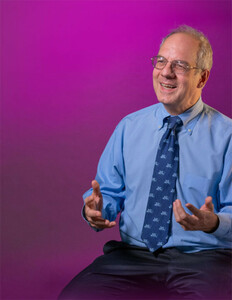 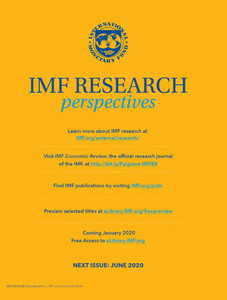