In our previous issue, we flashed how the wave of big data has been a game changer in the past decade and what new avenues it can open for the field of economics. More important (if you are a policymaker), the large pool of information available digitally can provide new tools to guide and support policy decisions. The capability to produce new indicators, tackle official data time lags, and support forecasting can be vital for increasing the speed of inception and implementation in policymaking. A wide array of projects at the IMF has recently aimed to explore the potential in this area.

Cross-country policy analysis is a valuable input for policymakers. Often a country does not have a big enough sample size or sufficient variation in its historical policies to adequately assess the effects of a policy change under consideration. Having detailed information on similar measures adopted by other countries could help by providing a deeper understanding of the main effects to be expected, but such information may not be available from standard data sources. One such example is tax policy. It is very cumbersome to obtain comprehensive information on the major tax policy changes in different countries using official data sources. However, news reports can be an excellent source for such information. The challenge then is to transform that information into useful data. Applying new text-mining techniques to 37,000 tax-related news items, a team in the IMF Fiscal Affairs Department (FAD) has built a new, comprehensive database of tax policy measures adopted in 23 advanced and emerging market economies over the past four decades—the Tax Policy Reform Database (TPRD). The TPRD contains more granular information on tax policy actions compared with existing traditional databases. The innovation of the TPRD lies in the systematic documentation of the direction of changes in rates and tax bases for six different tax types, the exact announcement and implementation dates of tax measures (for example, day and/or month and year), whether the measures represented major tax changes (such as tax reforms), and whether they were phased in over multiple years.

Similar gains in terms of more detailed and, in some cases more timely, information could be achieved in other areas of fiscal policy. Many countries are consolidating their government banking arrangements and implementing information technology systems designed to automate the management of public finances. These innovations in digitalization of government payments and accounting systems mean that real-time daily fiscal data are becoming available. However, these data remain heavily underutilized. Florian Misch, an economist in the IMF’s FAD, says: “Trends in daily tax data can mirror a large array of macroeconomic developments in real time, and can be used to enhance and upgrade fiscal surveillance and monitor real economic activity.” Ongoing projects in FAD aim to make the use of such data more operational, with a focus on automatic data transmission and processing to extract the indicators of interest.

“Trends in daily tax data can mirror a large array of macroeconomic developments in real time, and can be used to enhance and upgrade fiscal surveillance and monitor real economic activity.”

Timely statistics on trade flows would also be very valuable, as they can be used to estimate key real activity indicators or fiscal revenues. However, for many countries, the only source of such data is the official national accounts statistics, which suffer from considerable time lags. Ongoing research in the IMF Statistics Department (STA) uses big data on vessel traffic from the Automatic Identification System (AIS) to measure trade activity for small island states. “AIS data could allow statistical agencies to supplement existing data sources on trade. These data are more granular (port by port) and more timely than official customs data, which are often only available after long delays, especially for developing countries,” says Serkan Arslanalp, from the STA team. The authors take Malta as a benchmark case to demonstrate that AIS-based indicators match official maritime statistics collected by Eurostat and can provide proxy indicators about current trends in trade.

Applications of big data to financial surveillance have also started to emerge. Using text-mining techniques to capture the tonality of articles published around the world between 1991 and 2015, a group of economists in the IMF’s Research Department (RES) have constructed a daily news-based sentiment index for both advanced economies and emerging markets [https://cepr.org/active/publications/discussion_papers/dp.php?dpno=13366]. They then asked whether optimism (or pessimism) in today’s news can help predict future changes in asset prices. Changes in the news-sentiment index they created have a significant impact on asset prices in the short term, suggesting that the index is a very good proxy for investor sentiment. Interestingly, they also find that foreign news has a stronger impact on asset prices than local news. In fact, the general mood captured in the news published around the world every day—the global news sentiment—turns out to be a better predictor of changes in local asset prices than other typical measures of global risk aversion, such as the VIX. Damien Puy, one of the economists working on the project in the IMF RES, says, “Although we are still in the process of understanding why news sentiment matters, the project already shows that monitoring news sentiment in real time is a very effective way to capture sudden changes in investor sentiment, which is key to our financial surveillance job.”

Everything we’ve mentioned here points to opportunities for countries to set up engines to usefully collect and decipher data available in the digital domain. The IMF hosted a series of events

during the Spring Meetings in April 2018 in Washington, DC on a similar theme of using digital data to support and complement official statistics to create databases to benefit better policymaking. [https://www.imfconnect.org/content/imf/en/annual-meetings/calendar/open/2018/04/18/big_data_and_economicslessonsfromthefrontier_126325.html]. The key challenge is to set up flexible bodies and proper procedures that can handle large data flows and transform them in a timely manner into accessible data. In an increasingly fast-paced world, policymaking nowadays is even more about timely decisions. Big data is the way to go! 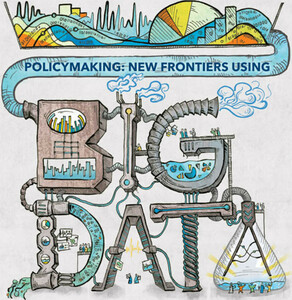 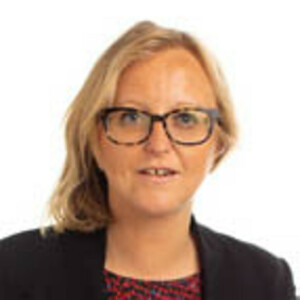 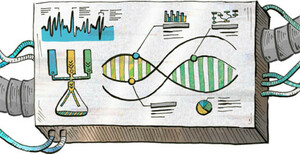