The IMF’s transparency policy allows for the deletion of market-sensitive information and premature disclosure of the authorities’ policy intentions in published staff reports and other documents.

Copies of this report are available to the public from

Washington, DC – May 11, 2022: The Executive Board of the International Monetary Fund (IMF) concluded the ad-hoc review1 under the Extended Credit Facility and Extended Fund Facility Arrangements2 for the Republic of Moldova. This makes about USD 144.81 million (SDR 108.15 million) available to Moldova immediately. The Board also approved an augmentation and rephasing of access under the program. Total access under the blended 40-month ECF/EFF arrangements approved in December 2021 (Press Release) was increased by about US$260.11 million (SDR 194.26 million) to about US$795.72 million (SDR 594.26 million).

Spillovers from the war in Ukraine are affecting the Moldovan economy through a variety of channels, including a spike in energy prices, trade disruptions, adverse confidence effects and the indirect impact of sanctions. Already over 400,000 refugees fleeing the conflict have entered Moldova—by far the highest of any country in per capita terms. Most have since transited to other countries, but about a quarter of them currently remain there. The immediate disbursement under the blended ECF/EFF program will allow Moldova to meet pressing balance of payments financing needs arising from these shocks.

“Directors commended the Moldovan authorities for their strong commitment to the Fund- supported program, despite the challenging environment. They noted that the spillovers from the war in Ukraine and international sanctions on Russia and Belarus, including trade disruptions, higher and more volatile energy prices, and the continued influx of a large number of refugees, have had a significant impact on Moldova and led to increased external financing needs.

“Directors commended the authorities for their swift response to the crisis and welcomed the adoption of the supplementary budget to protect vulnerable households, accommodate ref ugees’ humanitarian needs and maintain social cohesion. Directors underscored, however, that strong implementation of the budget envelope as well as careful monitoring of revenue perf ormance and additional spending pressures will be important going forward. They emphasized that fiscal plans should remain anchored by a strong commitment to debt sustainability. Given the unprecedented uncertainty, Directors welcomed the authorities’ readiness to activate contingency plans, should risks materialize.

“Directors commended the authorities for keeping the program on track and making good progress on key reforms, including the completion of structural commitments on fiscal governance, financial sector oversight, oversight of state-owned enterprises, and strengthening anti-corruption legislation. They encouraged continued progress on the integrated taxpayers’ register, the comprehensive tax expenditure analysis, and the reinf orcement of the National Bank of Moldova’s institutional autonomy.

“Directors emphasized that the program’s focus on addressing significant governance weaknesses and institutional vulnerabilities remains critical and welcomed the emphasis on strengthening the rule of law and financial supervision. They noted that continued reforms under the program—if appropriately sequenced and resolutely implemented—will boost productivity, unlock private investment and support inclusive, sustainable growth.”

Context. The economy rebounded strongly from the pandemic recession last year while prudent macroeconomic management maintained robust buffers. But the war in Ukraine and the international sanctions imposed on Russia and Belarus have resulted in significant spillovers to Moldova, with implications yet to fully play out. At the outbreak of hostilities, FX market pressures triggered significant foreign currency interventions and bank deposit withdrawals, while dollarization has intensified. Moldova has received the highest per capita inflow of Ukrainian refugees (17 percent of the total population), of which about 100,000 refugees (4 percent of the total population) remain in Moldova. Driven by rising food and energy prices, inflation accelerated further above the target band.

Outlook and risks. In 2022, the economy is projected to stagnate while the current account deficit will widen due to lower exports and the continued sharp rise in energy import prices. Real economy scarring is estimated to be significant over the medium term, reflecting protracted war-induced disruptions, including fractured real and financial linkages in the region. Risks around the baseline are exceptionally large and tilted to the downside. A sharper-than-anticipated increase in energy prices or disruptions in energy supplies are key risks. Further risks include a worsening of confidence effects related to the war in Ukraine that leads to an acceleration of MDL depreciation and system-wide liquidity pressures. The government could also face a further tightening of financing constraints resulting in lower rollover rates. Moldova’s fragile social fabric could be tested by popular unrest over rising utility tariffs, worsening living standards, and deepening political divisions.

Policy discussions and reform priorities. The immediate challenge is to navigate the multiple shocks hitting the Moldovan economy. In consultation with staff, the authorities approved a supplementary budget to address urgent spending needs related to a continued influx of refugees, rising energy costs, and high inflation. Going forward, progress with the ambitious structural reform agenda is crucial and will enhance revenue mobilization, spending efficiency and transparency, and further strengthen the resilience of the financial sector. Addressing significant governance weaknesses and institutional vulnerabilities remains critical. Implementation of anti- corruption measures is progressing apace, and the authorities’ reform commitments have been further strengthened.

Program. The program is on track and the goals of addressing protracted balance of payment problems and strengthening governance and institutional frameworks through an ambitious set of structural reforms are maintained. Notwithstanding the difficult context, the authorities’ commitment to the governance-focused reform agenda under the program remains strong, and reform commitments have been further strengthened. Risks to the program are high but are mitigated by the authorities’ strong program ownership. A comprehensive review of policies under the program will be undertaken at the time of the next review.

An ad hoc review between scheduled reviews can be requested by a program country when the increase in the underlying balance of payments problems cannot await the next scheduled review. Ad hoc reviews require an assessment by the IMF Executive Board that the program is on track to achieve its objectives.

Arrangements under the ECF provide financial assistance that is more flexible and better tailored to the diverse needs of low-income countries (LICs), including in times of crisis (e.g. protracted balance of payments problems). Those under the EFF provide assistance to countries experiencing serious payment imbalances because of structural impediments or slow growth and an inherently weak balance-of-payments position.

Republic of Moldova: Ad Hoc Review Under the Extended Credit Facility; Request for Augmentation and Rephasing of Access, Modification of Performance Criteria, and Completion of the Inflation Consultation Under the Extended Credit Facility and Extended Fund Facility Arrangements-Press Release; Staff Report; and Statement by the Executive Director for the Republic of Moldova
Author: International Monetary Fund. European Dept. 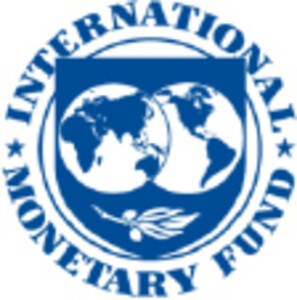