A Digital Collection of the History of the IMF

This collection of publications and documents from the International Monetary Fund provides insight into its history. The links include the full collection of the IMF’s official histories, which were each authored and curated by the IMF’s Historian at the time—J. Keith Horsefield (1963-67), Margaret de Vries (1973-87), and James Boughton (1992-2000; 2004-12)—as well as other works that have recorded the IMF’s history for 70 years.

Introductory video on the founding of the IMF:

The IMF and the Force of History: Events and Ideas That Have Shaped the Global Institution 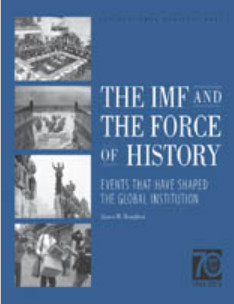 Articles of Agreement of the International Monetary Fund 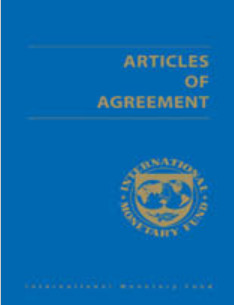 American in the Shadows:Harry Dexter White and the Design of the International Monetary Fund

Fifty Years After Bretton Woods: The Future of the IMF and the World Bank

From Great Depression to Great Recession: The Elusive Quest for International Policy Cooperation

The IMF and the Force of History: Ten Events and Ten Ideas that Have Shaped the Institution

From the History Books, the Rethinking of the International Monetary System - Fifty years ago, the world changed. On August 15, 1971, US President Richard Nixon slammed shut the “gold window,” suspending dollar convertibility. Although it was not Nixon’s intention, this act effectively marked the end of the Bretton Woods system of fixed exchange rates.

The 1990s: The IMF and the Stormy Decade Revealing the Secrets of Bretton Woods