Publication types are shown alphabetically with the eLibrary Series in which they are located.

Annual Report of the Executive Board – Official Reports and Documents 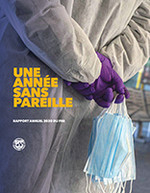 The AREAER provides a yearly description of the foreign exchange arrangements, exchange and trade systems, and capital controls of 191 IMF member countries and territories. The report is drafted by Monetary and Capital Markets Department in coordination with country authorities and other IMF departments.

The Articles of Agreement of the International Monetary Fund were adopted at the United Nations Monetary and Financial Conference (Bretton Woods, New Hampshire) on July 22, 1944. As the charter of the organization, the Articles lay out the Fund's purposes, which include the promotion of 'international monetary cooperation through a permanent institution which provides the machinery for consultation and collaboration on international monetary problems'. The Articles also establish the mandate of the Organization and its members' rights and obligations, its governance structure and roles of its organs, and lays out various rules of operations including those related to the conduct of its operations and transactions regarding the Special Drawing Rights. Since their adoption in 1944, the Articles of Agreement have been amended seven times, with the latest amendment adopted on December 15, 2010 (effective January 26, 2016). The Articles are complemented by the By-laws of the Fund adopted by the Board of Governors, themselves being supplemented by the Rules and Regulations adopted by the Executive Board.

Publications include annual aggregate and detailed time series for balance of payments and international investment position for countries; provides world and regional tables of balance of payments components and aggregates; and descriptions of methodologies, compilation practices and data sources used by individual countries. 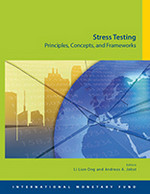 The IMF's By-Laws, which are adopted under the authority of, and are intended to be complementary to, the IMF's Articles of Agreement, which are considered to prevail in the event of any conflict. The By-Laws cover a number of topics, including the size and composition of the IMF's Board of Governors and Executive Board, applications for IMF membership, IMF quotas, voting rights, staff regulations, and the IMF's Special Drawing Rights.

Departmental Papers present research being undertaken by Area and Functional departments at the IMF of broad regional or cross-country interest. 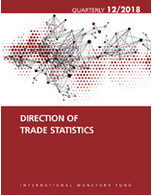 Direction of Trade Statistics (DOTS) provides tables with current reported data (or estimates) on the value exports and imports by partner country for all IMF member states and other nonmember countries. Summary tables are also presented for the world and major areas.

Economic Issues, launched in 1996, are short non-technical monographs on topical issues written for the nonspecialist reader.  The are published in six languages:  English, Arabic, Chinese, French, Russian and Spanish. 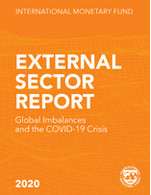 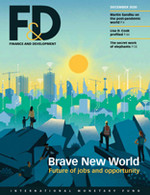 Finance & Development publishes cutting-edge analysis and insight on the latest trends and research in international finance, economics, and development. The print edition is published quarterly in English, Arabic, Chinese, French, Russian, and Spanish.

FinTech Notes are issued periodically and explore pressing topics in the digital economy. The series seeks to provide insight from IMF staff into the intersection of technology and the global economy. 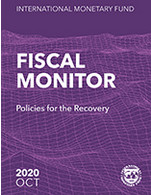 The Fiscal Monitor was launched in 2009 to survey and analyze the latest public finance developments, update medium-term fiscal projections, and assess policies to put public finances on a sustainable footing.

The Global Financial Stability Report provides an assessment of the global financial system and markets, and addresses emerging market financing in a global context. It focuses on current market conditions, highlighting systemic issues that could pose a risk to financial stability and sustained market access by emerging market borrowers. 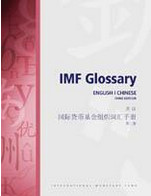 IMF Glossaries consists of terms, phraseological units, and institutional titles covering areas such as macroeconomics, money and banking, public finance, taxation, balance of payments, statistics, accounting, and economic development. They contain terminology relating to the IMF's organization and operations, as well as from the Articles of Agreement, By-Laws, Rules and Regulations, and other major IMF publications. Since the Glossaries are concept-based, synonyms are consolidated into one single entry. Cross- references refer to the main entry under which the various synonyms are listed ("see") and also draw the user's attention to terms that are related but not synonyms ("see also"). 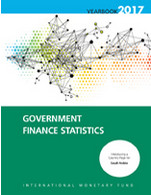 IMF How To Notes – Notes and Manuals 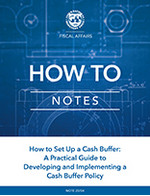 Policy Discussion Papers showcase the policy-related analysis and research developed by individual IMF staff and are published to elicit comment and to further debate. 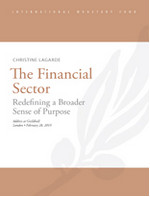 Selected speeches given by key staff at the IMF 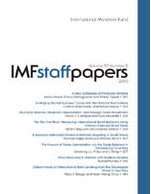 IMF Staff Papers was the official journal of the IMF, providing high quality research produced by IMF staff and invited guests on a variety of topics of interest to a broad audience including academics and policymakers in the member countries of the IMF.  It was replaced by Economic Review in 2010.

Insights and advice from IMF economists to on important economic policy issues.

IMF Survey contains articles about topical policy and economic issues in the news. 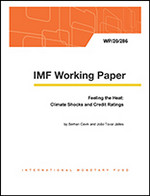 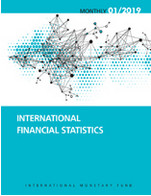 Manuals and Guides – Notes and Manuals

Conceptual and practical guidance for collecting, compiling and presenting statistical data, and methodological practices of the IMF 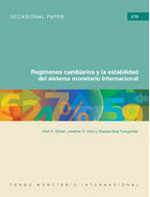 The IMF's Occasional Paper series include studies on a variety of economic and financial subjects of importance to the work of the IMF. 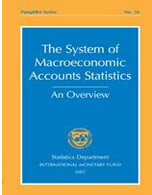 Guidance related to the IMF's organization, function and strategic objectives

Per Jacobsson Founation Lectures and contributions to symposia are expressions of personal views by eminent persons in international finance and monetary cooperation, and intended to be substantial contributions to the field. 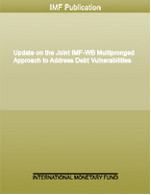 These reports discuss recent economic developments and prospects, and economic performance in global regions. They discuss regional policy developments and challenges, and provide country-specific data and analysis, including through analytical pieces on issues of interest to a particular region.

Decisions, interpretations, and resolutions of the Executive Board and Board of Governors of the International Monetary Fund, as well as selected documents to which frequent reference is made in current activities of the Fund, the United Nations and other international organizations 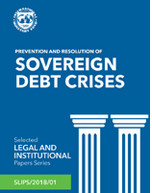 Compilations of IMF Staff Papers in thematic collections with accompanying narrative, compiled by the IMF Legal Department in collaboration with other IMF departments to provide insight into internal deliberations of the Fund 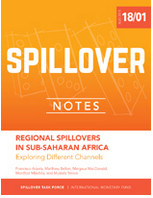 Spillover Notes are organized to examine effects of spillovers from member country policies, on domestic and global stability, and encourage discussion of spillovers issues at multilateral forums to foster policy attention and multilateral dialogue.

Staff Discussion Notes showcase the latest policy-related analysis and research being developed by individual IMF staff and are published to elicit comment and to further debate. These papers are generally brief and written in nontechnical language, and so are aimed at a broad audience interested in economic policy issues. 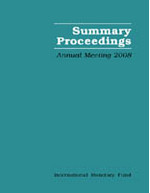 Speeches made by officials attending the IMF-World Bank Annual Meetings are published in this volume, along with the press communiqués issued by the International Monetary and Financial Committee and the Development Committee at the conclusion of the meetings.

Tax Law Notes are prepared by the IMF Legal Department to provide information and analysis on comparative solutions to problems in tax law design which seem to be frequently on the minds of tax officials. 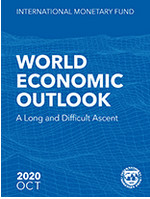 A Survey by the IMF staff usually published twice a year. It presents IMF staff economists' analyses of global economic developments during the near and medium term.